Human beings are a one-of-a-kind animal species. We have traits that have allowed us to completely differentiate ourselves from other primates, for example, larger brains, skilled hands, and the ability to walk upright. 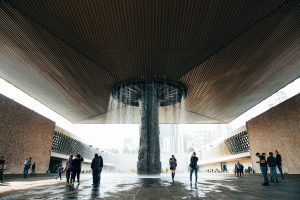 Although from the anthropological and biological point of view, human beings are considered simply as “homo sapiens sapiens”, with the passing of time, similar to what happened with other animal species, the subcategory of “race” was also given, what, unfortunately, it has also been used as a justification for heinous events throughout human history.

Despite the popular and culturally accepted belief of the existence of multiple races, from a biological point of view there is only one species of human being.

This conclusion, although it was intuited since the middle of the 20th century, was confirmed at the beginning of the new millennium when complete studies on the human genome began to be carried out.

One of the best known cases was in 2003, when scientists from the Human Genome Project confirmed that the common ancestor of all human beings comes from Africa.

Likewise, this work concludes that all human beings share 99.9% of DNA, and the variation of 0.1% that exists is more due to external factors (for example, environmental conditions) than to biological issues.

Researcher Noah Rosenberg, a member of a major study done by Stanford University on the genetic makeup of the human, comments on the matter:

“In the event that different races existed as such, we would find at least one type of characteristic gene, but so far there is no evidence to prove it. In any case, if we wanted to unify genetic diversity as if it were a race, we would practically say that there are several thousand different races ”.

So in conclusion, we can say that there is only one race: the human race.

However, this concept took on a lot of importance from the colonization in Africa in the middle of the seventeenth century, since during this time, the European colonizers used the population of these territories as slaves to exploit the lands. By the way, it is in this context where the idea of ​​”racial difference” and of “races less human than others” is built. 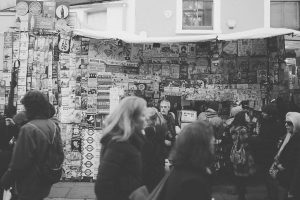 The most common categorization of some anthropologists of the time, was based on the existence of 5 races that in turn were defined by their origin. Namely:

Although the term remained in force for a long time, it was from the 20th century in Europe and Africa, when the concept of difference of races reached its peak. It is in these times that systematic genocides and ethnic exterminations took place in order to eliminate these groups from geographic regions in particular. Among the most emblematic cases are the Holocaust, the Armenian genocide and that of Rwanda.

So, for the very reason that the human being is so diverse and goes much further than skin color, at present it is globally recommended to stop using the term race and change it to ethnic group or ethnicity.